VIDEO: How Do You Work In Camera Meetings? 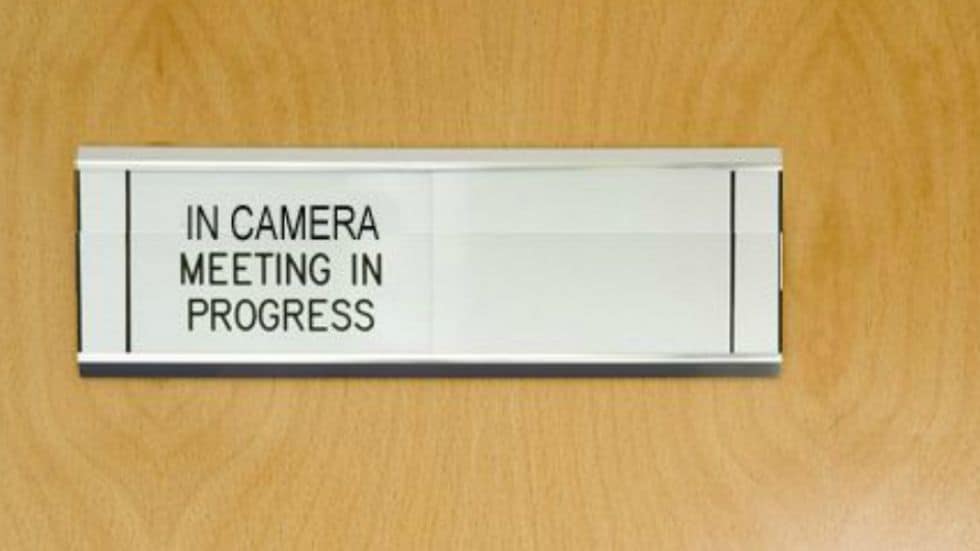 In our continuing series, Corporate Governance Expert David Beatty describes how to successfully and strategically navigate in camera meetings with your board.

How Do You Work in Camera Meetings?

David Beatty: Well I generally started the end of every board meeting by asking the executives who’ve contributed to leave. So we’re left with the CEO. And then we ask the CEO, what’s his debrief? I mean, was it helpful to be with the board? What did he or she learn? And what would he or she do differently next time around? We then have the CEO leave, and I’m left just with my directors.

They’ve all been hand-selected, they all have huge contributions to make. I don’t want anybody to be able to hide behind the veil of that I’m part of this team. So I worked that very hard. The other thing I do, which has proven to be really valuable is, I ask the management team to sit down under the direction of the CEO. The people who presented to us. And have them debrief themselves, exactly the same way. Did that Director Beatty fall asleep again, you know? I’ll better get the chairman to give him a nudge, if he’s in the meeting snoring. You know? That’s just not good.

Who was effective in terms of their presentations? Who gave good feedback? So when I’m having a debrief with my colleagues around the boardroom table, the CEO is doing exactly the same with his colleagues around, in another room. I, then, leave the directors and join the managers. I share with them whatever I think is appropriate, and vice versa. And then I sit down, as the chair with the CEO, and we don’t leave until we’ve got two or three good ideas of how to make the next meeting more effective.